Welcome to another Vodka Valley vodka tasting write-up. This week revisited a few of our favorites, as we thought it would be a good idea to put together a few of the vodkas we find when hitting the town up against each other. Let’s face it, a lot of vodka companies market themselves as ‘premium’ vodkas, yet remain relatively affordable. These are what you tend to find as well in a lot of clubs. Brands such as Absolut, Smirnoff, and Stolichnaya fall into this common category. So when your out on the club, what brand SHOULD you be ordering? Here’s part 1 of our ongoing look at common bar and club vodkas to help you decide.

This week we look at three pretty common brands – Absolut, Smirnoff, and Tovaritch! We’ve all looked at these vodkas before but we’ve never placed them up against each other individually. So without further adieu, our scores:

Smirnoff has always been a great choice for an entry level vodka. It’s well known throughout the world is one of the big reasons for vodka’s popularity outside of Eastern Europe. It’s also the choice vodka for James Bond. It’s an old friend that has been a constant, and continues to be so in bars and clubs around the world.

On the sip, it’s generally tasteless, with a mild sweetness slowly coming forward the longer you keep it in your palette. The bitterness of the grain comes in after, with a good punch. There’s a reasonable balance between sweet and bitter, and there’s a slight hint of charcoal (due to the filtration process Smirnoff employs.) Frankly, Smirnoff is pretty much a base-line vodka. It’s got a good taste, a decent burn and doesn’t really require a chaser. You could probably substitute it for any other “premium” vodkas and a majority of folks wouldn’t be able to tell the difference.

We reviewed Tovaritch! a few weeks ago and quite enjoyed it, lamenting the fact that it doesn’t seem to be marketing itself as well as it’s contemporaries. Our most surprising find was that the vodka had zero burn whatsoever. There is a strong and pleasant aroma of grain, alcohol and sugars. On the palette, we find a medium bodied, dry vodka. It’s not overpowering by any means and quite pleasant. There is a wonderful, creamy sweetness followed by hints of spice and  nuts. The taste of grains comes out in the finish, which is of medium length.

Absolut is another hugely popular vodka, with several collector’s edition bottles being released yearly as well as a bevy of various flavors. It’s main line plain vodka serves as the basis for all their variations and is quite good on it’s own, although it seems to be a tad harsher when we compared it to Smirnoff and Tovaritch! It’s very neutral on the nose. Dry, very smooth on the palate, just a touch of harshness on the tongue, with a hint of sweet liquorice and a short finish. 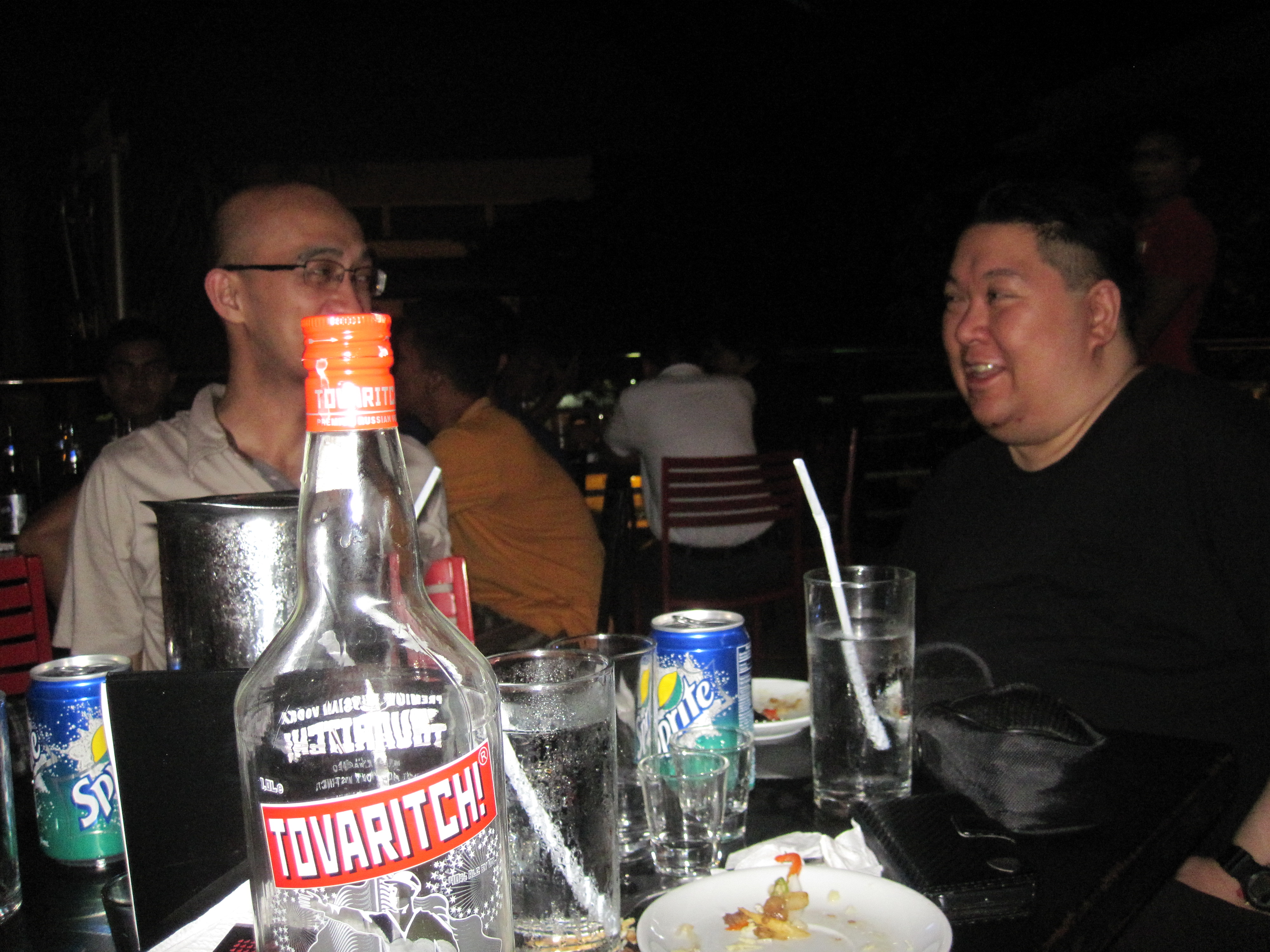 Round 1 results generally went to Tovaritch! as being our favorite, with Smirnoff second and Absolut third. However, you can’t really go wrong with any of these at the end of the day. Stay tuned for part 2 and possibly part 3 of our look at bar and club vodkas! We’d like to thank again 121 Grille & Restaurant for hosting us and providing us with plenty of delicious food to go along with our tasting.