Another simple, classic vodka cocktail – and one that many find palatable due to it’s sweetness. A Black Russian derives it’s name from it’s principal two ingredients – vodka (the Russian), and coffee liquor (the black.)

This combination first appeared in 1949, and is ascribed to a Belgian mixologist by the name of Gustave Tops. He created the drink working at the Hotel Metropole in honor of the US Ambassador to Luxembourg, who was visiting Brussels at the time. The Cold War was just getting underway – so creating a dark, mysterious drink seemed quite appropriate for the time.

The White Russian a variation made by adding cream, came about much later – and while this version’s history is relatively muddled, it was immortalized by Jeff Bridges in the Big Lebowski, where he downed about 8 or 9 of them throughout the film. The Mudslide, another child of the Black Russian, came into being much later as well – around the same time Bailey’s Irish Cream was released in the 1970’s – when someone decided it would be a good idea to replace the cream in a White Russian with it. 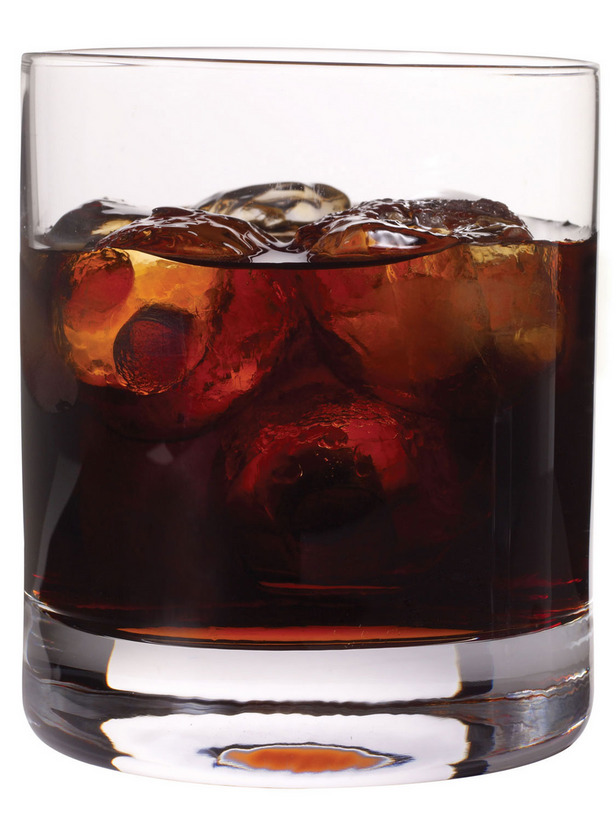 In an old fashioned glass, pour the vodka over ice. Top with coffee liquor. Stir and serve – garnish with a cherry if desired.