A relatively new cocktail dating from the late 80’s, the Sex on the Beach is one of those drinks that actually reflects the era it was created in quite well. It’s colorful, fruity, and has a decent kick to it.

The drink has many, many variations and most bars will either stick to the original or have some twist of their own. The original drink hails from Ft. Lauderdale in Florida, of spring break fame. It’s creator, a man named Ted Pizio, created the drink as a response to a contest where the bartender who sold the most peach schnapps during spring break would earn a bonus of $1000. Sure enough, he won – and when asked what the name of his concoction was, Sex on the Beach immediately came to mind. Why? Because he figured that was the primary reason most spring breakers visited Ft. Lauderdale – for sex and the beach.

As spring break winded down and vacationers returned home, many asked their local bartenders for a Sex on the Beach. Obviously, most bartenders had no idea what this was, so created their own variations based off descriptions of taste and color, which is now we have so many varieties of this particular cocktail.

Today we offer you the original, officially recognized recipe according to the International Bartender’s Association. It’s a great summer drink and despite sounding overly cliche’d, a great drink for picnics or the beach. 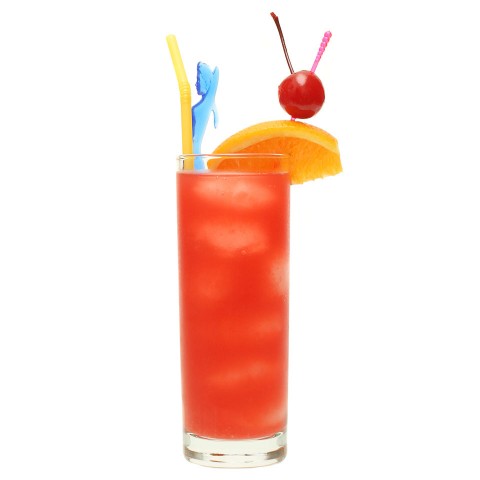 Sex on the Beach

Mix all the ingredients in a highball glass filled with ice. Garnish with a slice or wedge of orange.