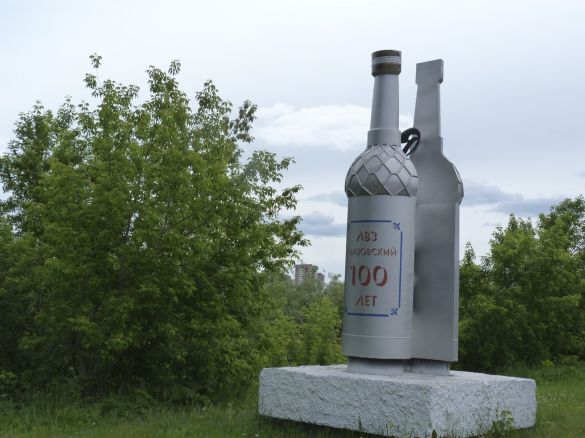 It’s a sad state of affairs when, in Russia of all places, alcohol, and specifically vodka, can no longer be showcased and advertised. But thanks to Mr. Putin’s hard-line push against alcohol advertising, this is exactly whats happening, and it’s having some unintended consequences.

To give some background, Russian President Vladimir Putin signed a ban on all alcohol advertising in July last year, while other laws have banned sales of alcohol from street kiosks or after 11 p.m. at night.

As such, a three-meter sculpture of a bottle of vodka in the town of Glazov has been removed over the silly yet very real fears that it may be seen as an illegal advert for the alcoholic beverage. The statue had been a local landmark in the Urals town for years, but residents woke up one morning last week to discover it had disappeared without a trace.

The statue was erected 13 years ago to mark the centenary of the local Glazovskiy spirits factory – who have amongst their repetoire the amazing “Armory” series of vodkas, including the AK-47 and Kalishnikov vodka brands. The factory bosses later told local media they had decided to remove the monument from public view over fears that it could fall foul of the strict new advertising laws.

Well, anti-drinking campaigners are going to have to do a lot more than remove a statue or two to get their point across. Personally I don’t think it’s ever going to happen. This is Russia, after all.

I hear there’s a statue of some meat dumplings in the city of Izhevsk – maybe they should go after that next.