What do you do when you got some new bottles of vodka lying around and no one to drink them with? Easy – you call your friends over and you have a tasting session. Which is exactly what we decided to do. We didn’t really have a theme in mind for this one, we just so happened to have a couple of nice bottles of hootch and we figured, let’s have a taste!

So without further adieu, here are the three: 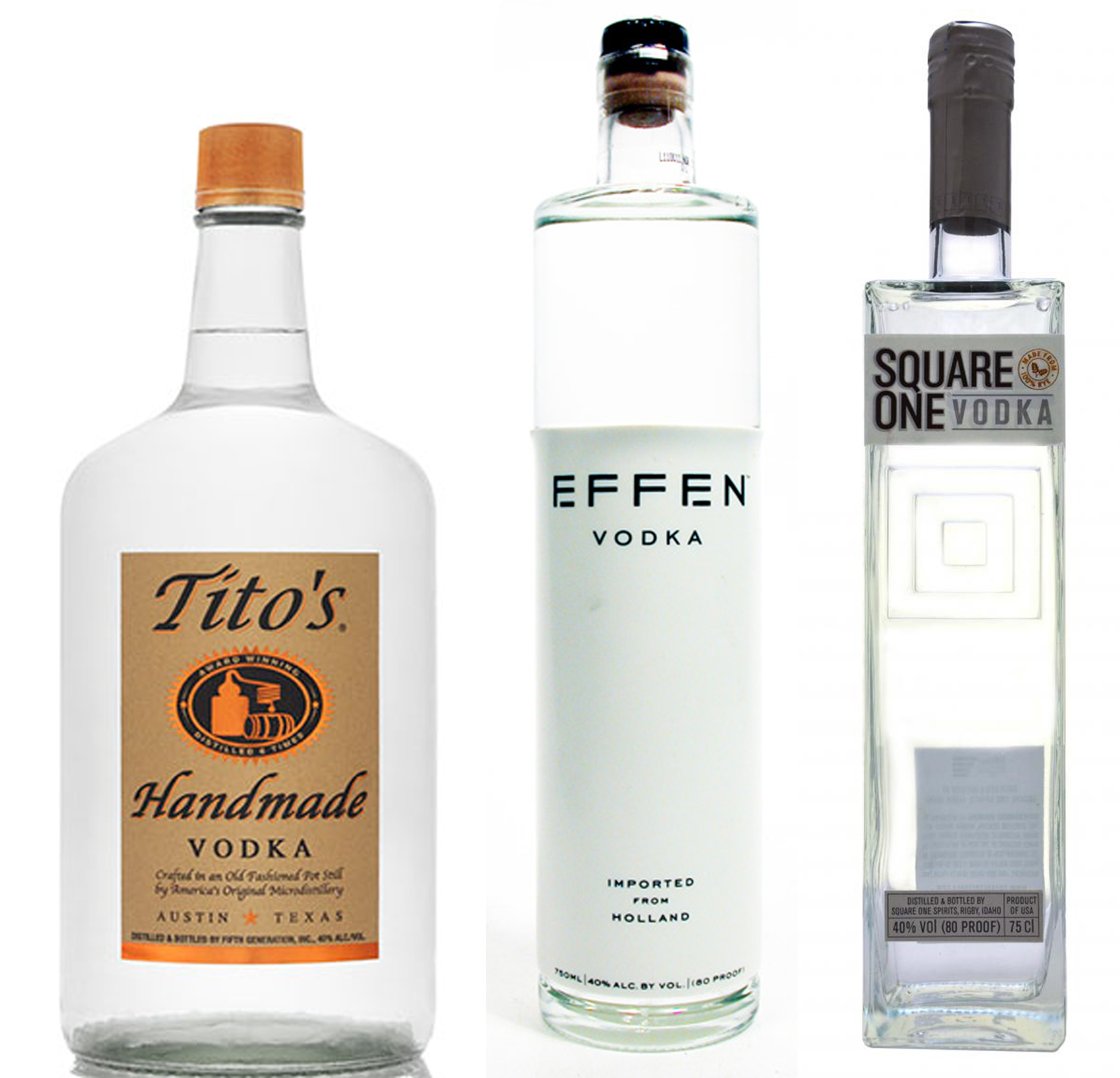 Tito’s and Square One are both all American brands, while Effen is a Dutch premium vodka. Which one did we like the best? Read on.

Tito’s is a fine vodka from the traditional vodka region of… Austin, Texas? Wait, don’t go away – We know what your thinking. But Tito’s is actually quite good. Very good, in fact. Don’t let the simple bottle and presentation put you off. This isn’t any cheap swill. If anything, the simplicity of the bottle showcases the maker’s desire to focus more on the vodka rather than on the marketing. A very Texan value, I might add. It’s very very clear, crystal in fact. You could mistake it for water. It’s got a mild, sharp scent, nicely sweet with hints of vanilla, likely from the corn.

On the first sip, the first thing you’d notice is just how smooth this stuff is. Being six times distilled likely has a lot to do with it, and makes for a pleasant experience overall. On the palette it’s only mildly but plesantly sweet, again likely due to the corn influence, but otherwise very neutral. It’s actually a rather refreshing taste. The burn is there, but isn’t particularly harsh or unpleasant and compliments the rest of the vodka well. Overall, we were pretty impressed with this one – not something a traditional vodka connoisseur might immediately think of but this definitely is one of the best vodkas we’ve had in some time.

The Dutch certainly know how to enjoy themselves. “Effen” in Dutch means “smooth” and this vodka pretty much lives up to it’s name in that regard. Based off a very old recipe (or so they claim) Effen vodka has been marketing itself heavily in the premium segment, although it’s still relatively hard to find unless you visit a good liquor store. It comes in a lovely bottle that would look good in just about anyone’s bar with a rubber sleeve, perfect for keeping your grip. On the nose, there are hints of citrus, grain, and almost a raw alcohol smell, like it had just been distilled. On the first sip there’s a bright, crisp sweetness to it, with hints of grapefruit, lemon, grains and licorice tease the palette. A bit of a zing on the finish as it’s quite long and there’s a bit of a burn. Make no mistake, the modern bottle hides what is definitely an old school spirit in side – not entirely a bad thing at all. Overall, the vodka lives up to it’s name as it is quite smooth as well. We like this one a lot.

Touted as being completely “organic” up to and including of the packaging, Square One is another craft vodka from the United States. It’s probably the most American one we’ve tried yet, with Rye grown from North Dakota and water from the Teton region in Wyoming, brought together in Idaho to be distilled into what we have here in the bottle today. The bottle is VERY square as one would expect, and does enough just to stand out, although we wouldn’t say it’s the greatest looking bottle around.

On the nose, Square One has a nice aroma that is grainy, spicy, and floral all at once. You’d expect something like that to have a mix of flavors that might just get jumbled up and in this case it’s sort of true. There’s a bit of an “all over the place” taste to it, and at times if you aren’t being discerning it just taste like alcohol. Being a little more discerning highlights some fruity and nutty flavors, but they are well hidden. The entry is warm and the finish is dry. The burn is also palatable – no need for a chaser with this one (or for any of the vodkas we have reviewed today.)

Out of the three we enjoyed Effen the most, with Tito’s coming in second and Square One a solid third. That’s not to say the two American products were bad at all though – in fact we enjoyed all three very much and would recommend any of them heartily. If anything the test has shown never to judge a book by it’s cover – who knew American vodka could taste as good or perhaps even better then the traditional Russian stuff? All in all, we still enjoyed ourselves. 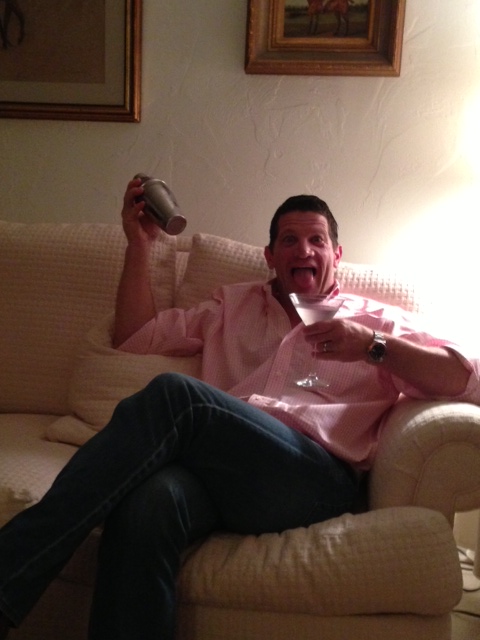 Got leftover vodka? Time to mix up a cocktail