This week’s vodka tasting was unique to say the least. Not only did we have three fine Russian vodkas to try, but we had our tasting at the wonderful 121 Grille & Restaurant, where they host some of the best jazz musicians in Manila every Thursday night. Their food helped us get through the night too, and we had more than enough people interested in trying our vodka that we got a pretty good idea of what was what. 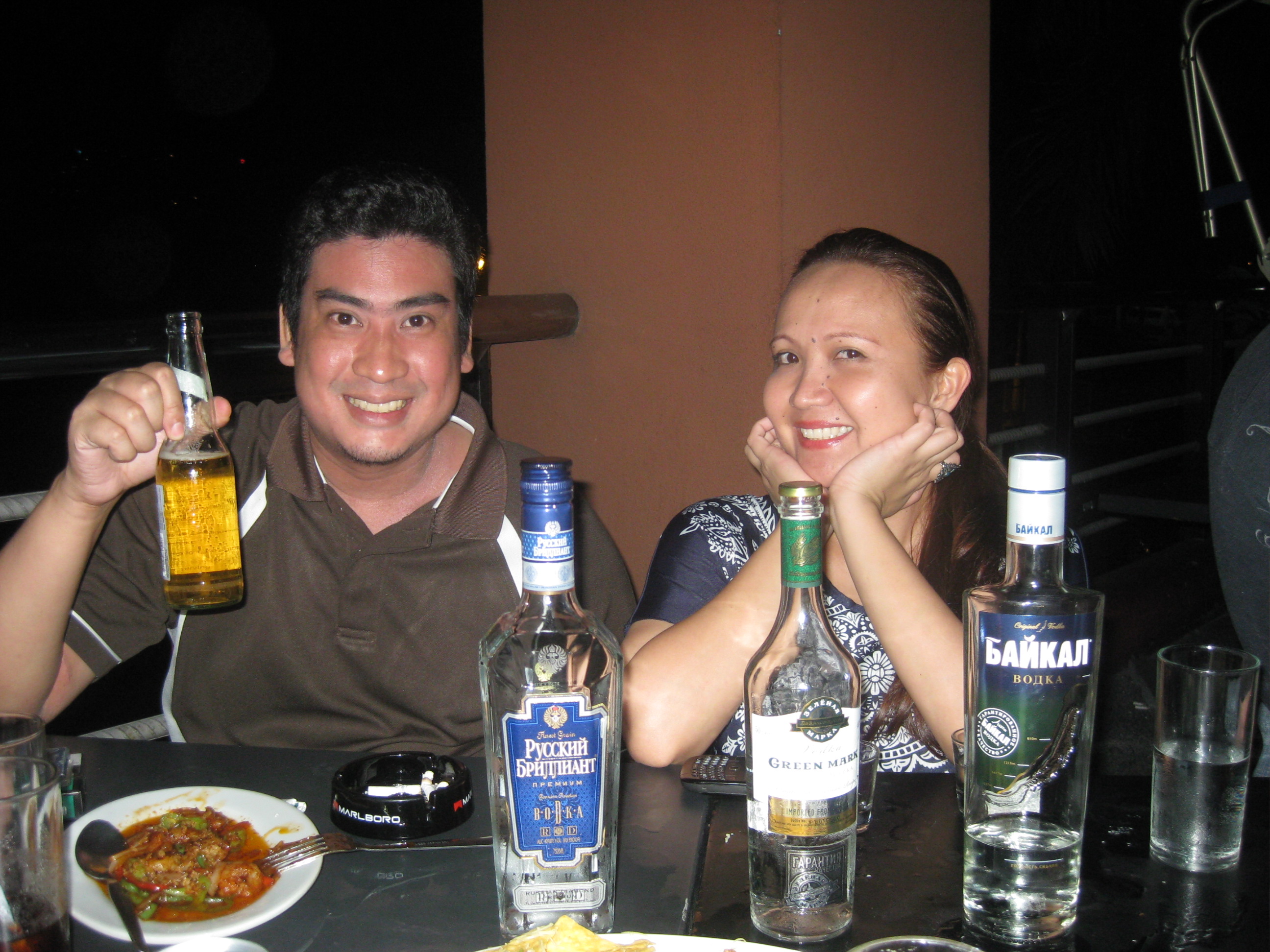 Beer is not on the menu. Except for that guy.

We went full Russian this week. So Russian in fact that one bottle was written in Cyrillic. That’s ok though, we don’t need to read the bottles to understand what a good vodka is all about. Here are the three we had lined up this week.

So without further adieu, our scores:

My oh my, did we like this one. Russian Diamond Premium – although perhaps having a rather generic name for a vodka, is very smooth and with a very mild infusion of watermelon and cucumber which gives it a very refreshing and smooth taste.  The bottle is faceted like a diamond and while it might seem a little kitschy at first, the bottle is nonetheless attractive. According to the producers, they let the vodka “rest” after seven days of constant distillation to give it it’s smoothness – although as far as we know, smoothness is a product of distillation alone. Still, let’s not argue here – because the vodka IS smooth. As we stated, there are strong flavors of watermelon and cucumber, with hints of such on the nose as well as a strong grain smell – with a medium finish and a mild burn. This doesn’t need a chaser whatsoever and can be enjoyed on it’s own.

Green Mark is named after the Russian standard for vodka approval. The “Green Mark” as it were. The bottle is relatively plain but comes with a nice little tie-around with an individual bottle number, giving it a bit of character. This one was by far the most “Russian” of the lot, with strong flavors and a real kick. On the nose we find a strong smell of aniseed alongside a slight grain, almost bread-like aroma. On the palette, it’s actually rather malty. Slightly sweet with a strong grain alcohol flavor and a hint of fennel. The aniseed kicks in on the aftertaste, with a harsh burn and a slightly peppery finish. This was a very complex vodka – it’s not particularly smooth and has some very complex, unorthodox flavors – so we can’t really say it was our favorite – but it definitely is a Russian quality vodka by any standard. This one we actually liked a lot when we mixed it in with some tonic and a wedge of lemon. Wouldn’t recommend drinking this alone, but works fantastically as a mixer.

By this point we were pretty happy and having a roaring good time, as you can clearly see. But we had to keep going, to the last!

One more to go!

We joke that the bottle reminds us a little bit like a shampoo bottle – but it’s actually got a nice engraved groove in the front of Lake Baikal, the region where this particular vodka is made. This also happens to be the first Russian organic vodka ever made. Fancy that! This vodka is rather difficult to find outside of Eastern European markets so we were quite lucky to get our hands on it. While it wasn’t particularly mind blowing, it did not disappoint. Hailing from the harsh but beautiful land of Siberia, Baikal vodka hits all the right spots and you can almost feel the Siberian in it. The water from Lake Baikal itself is scientifically proven to have three times the oxygen content of regular lake waters, and it’s very clear when you taste the vodka. It’s very light, almost airy, on the tongue. Lovely smells of nuts and grains on the nose, with a slight hint of forest fruit thrown in. On the tongue, there’s an initial fruity sweetness followed by the taste of grain and macadamias. The finish is long with only a little burn. The creators claim Baikal vodka will not give you a hangover, but we aren’t planning on testing that now. All in all, we really enjoyed this one as well. 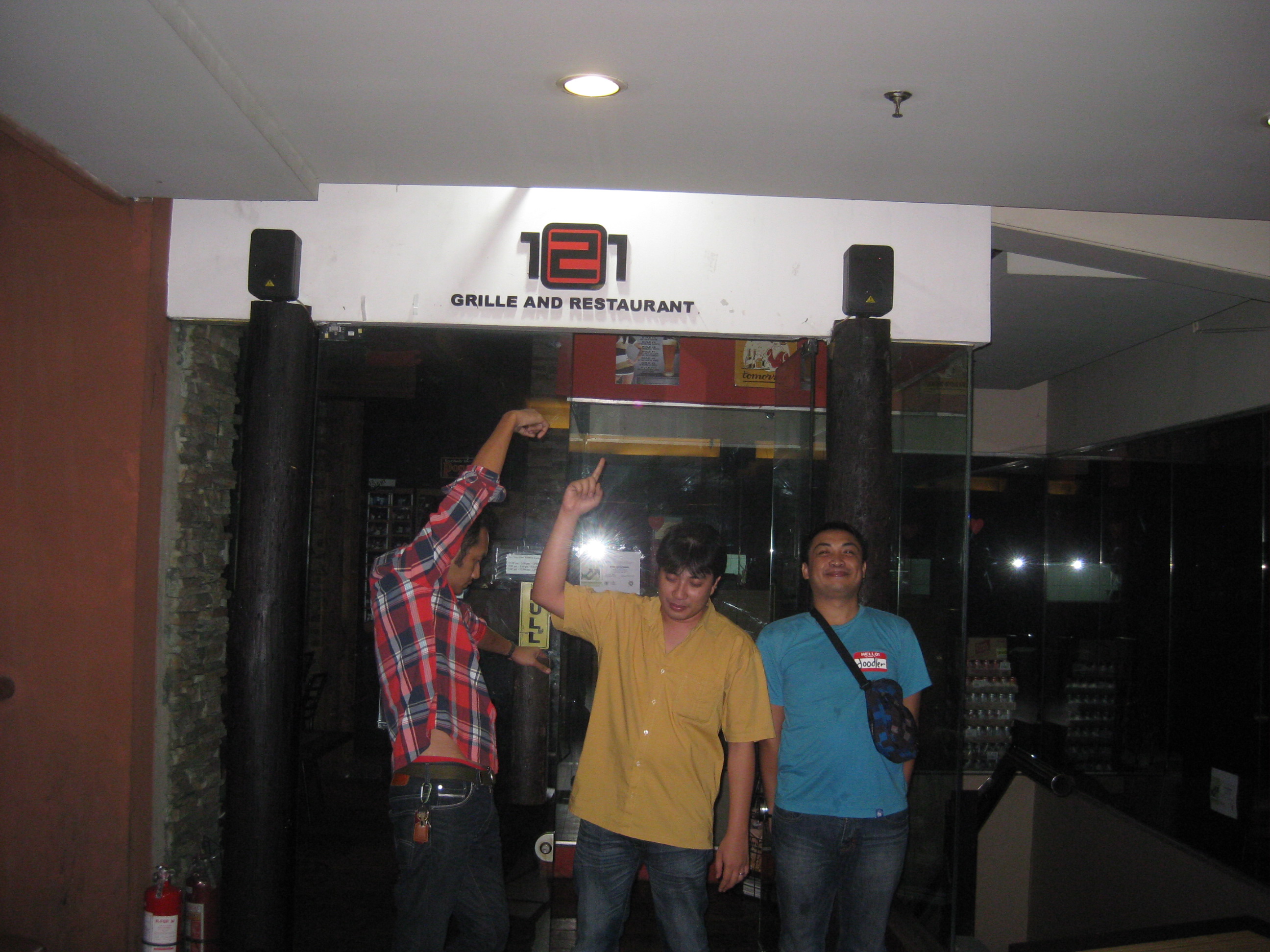 Thanks guys for having us!

Thanks again to the gang at 121 Grille & Restaurant for hosting us and for sharing in our vodka tasting here at Vodka Valley! We highly recommend you go check them out if ever you find yourself in Makati and looking for some good music and good food. Drop by Tuesday for quiz nights, and Thursdays is jazz nights! Check out their Facebook for details right here!